Today we’re gonna talk about Maybellines 24 Hour Color Tattoos. I heard alot about hem online and played around with them in stores until I finally caved and got one. And then another one the next month. It just sort of happened! So, now that I’ve had time to test them out and have a real go at them what do I think? The answer isn’t really that easy. I’ll explain. 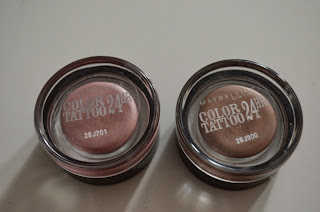 On the hand they look firm and when you rub on it, it wont budge. Put some water and soap on and it’s still hard to get off. Great! Maybe it does the tattoo name justice?! Well, no. And 24 hour?! It doesn’t even stay that put with a primer underneath! I have kinda oily eyelids but with a primer on must other things stay put all day. And here’s the funny part. I used them both at the same time, put some shadow on and went by a whole day and they stayed put. Just a little creasing and I didn’t notice and colorfading. But, if I wear the pink on it’s own it creases and fades pretty fast. I’ve had the bronze on today with some shadow in the crease and corner and it has stayed kinda put. Just a little bit of crease but no fading what so ever! Isn’t that weird? 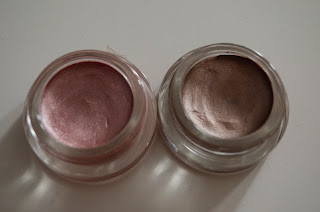 The pink is so pretty but a bit harder to build up coverage. The brown one is better in that department. It’s more one the brink of being to colorful and hard to get a bit softer. I noticed that it applys better and more easily and less messy if I warm it up first with my finger and then put an eyeshadowbrush in it. Not warming it up before will get you nowhere so they are a bit messy and nothing you put on without a mirror! Another thing I noticed is that it can come of in tiny chunks when you warm it up. You get used to it pretty fast and learn how to work it to your advantage. 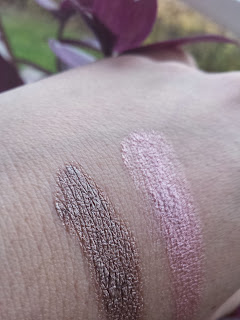 On and on Bronze and Pink Gold

The color range here aren’t that big. Yet.I love the colors except the tope one that looks just like mud. The purple and the turquoise one looks amazing!

Have you tried anything from the line and what did you think? 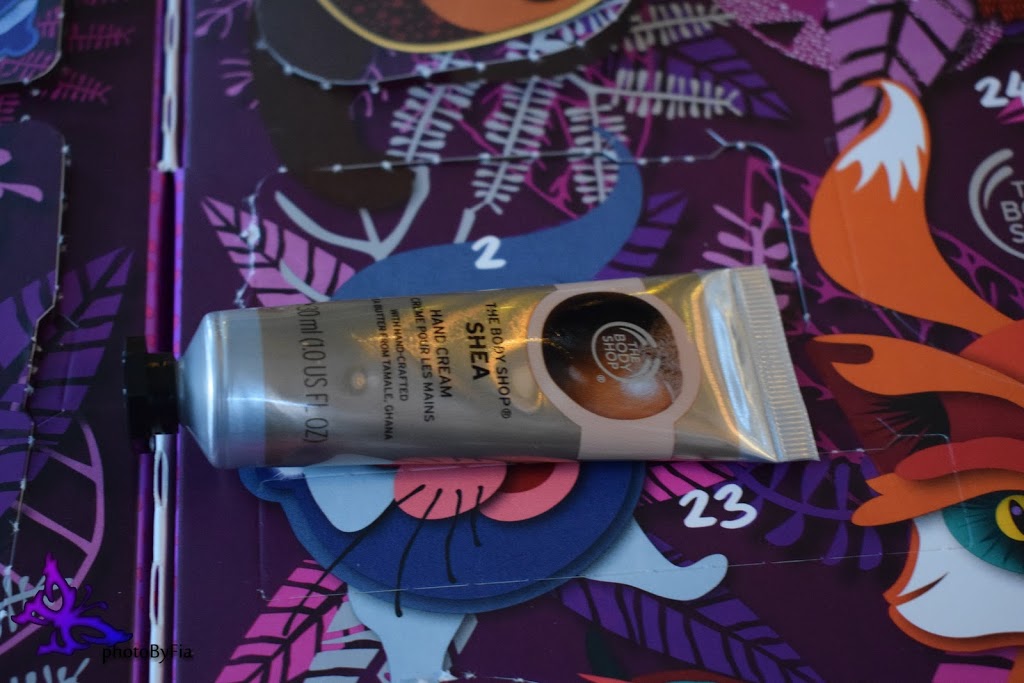